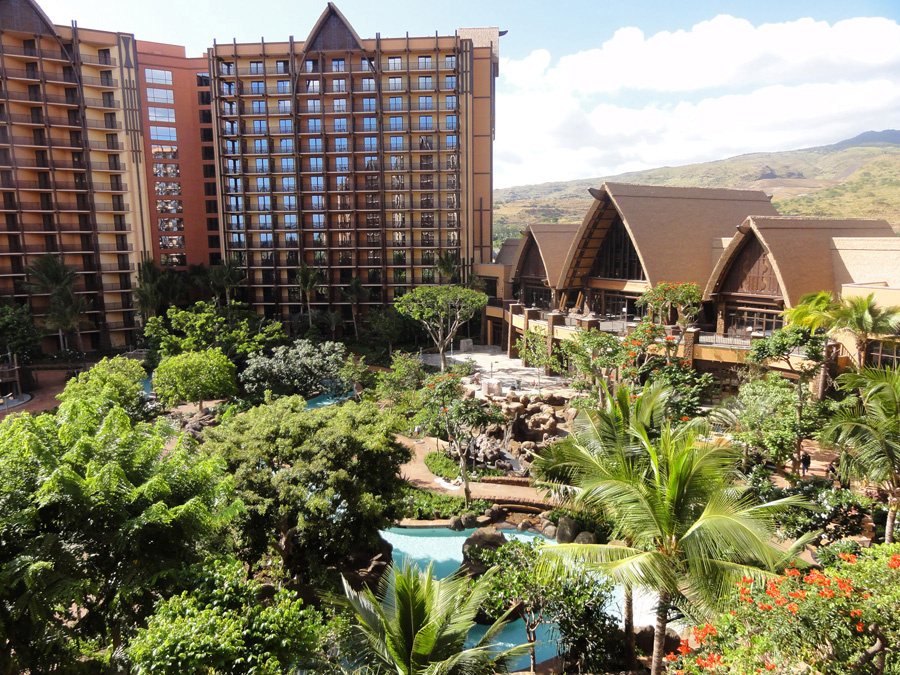 As noted in Disney’s press release, “During the design of Aulani, Walt Disney Imagineering studied the culture and history, and worked with local Hawaiian cultural advisers, including Auntie Nettie Tiffany, whose family has cared for the nearby area called Lanikūhonua, and who is now the kahu, or guardian, for Ko Olina on the island of O‘ahu, where Aulani is located.”

Disney came to understand that ahupua‘a is the traditional division of land, extending from the top of the mountain to the sea, encompassing all the resource zones that families needed to thrive. Through the design of the resort, Aulani incorporates ahupua‘a in its design, with a lo‘i kalo (taro terrace) at the resort entry and the Waikolohe Valley on the opposite side of the lobby. The lo‘i kalo has four varieties of kalo, grown and harvested for consumption. The field is planted, harvested and maintained by community volunteers.

Disney’s website notes that Aulani’s Waikolohe Valley was inspired by O‘ahu’s Mānoa Valley, with the tall walls of the surrounding resort creating the “edges” of the valley. While the makai side of the resort includes a 321,000-gallon swimming area, a children’s interactive water-play area, a snorkel lagoon, a conservation lagoon with stingrays and other local species, a kids’ club, spa, lounges and restaurants, guests are reminded that they are in Hawai‘i and not Anaheim or Orlando, but in Hawai‘i with one of the largest installations of native plants at one time.

While the Ko Olina Resort is largely man-made, elements of the site were retained. When the site was excavated, Disney saved the coral boulders and placed them along the beachfront walkway as places to sit and gather.

While there are many sustainable elements in the design and operations of the resort, the Aulani construction team successfully recycled more than half of the construction waste materials that were generated on site, including green waste from planting materials. 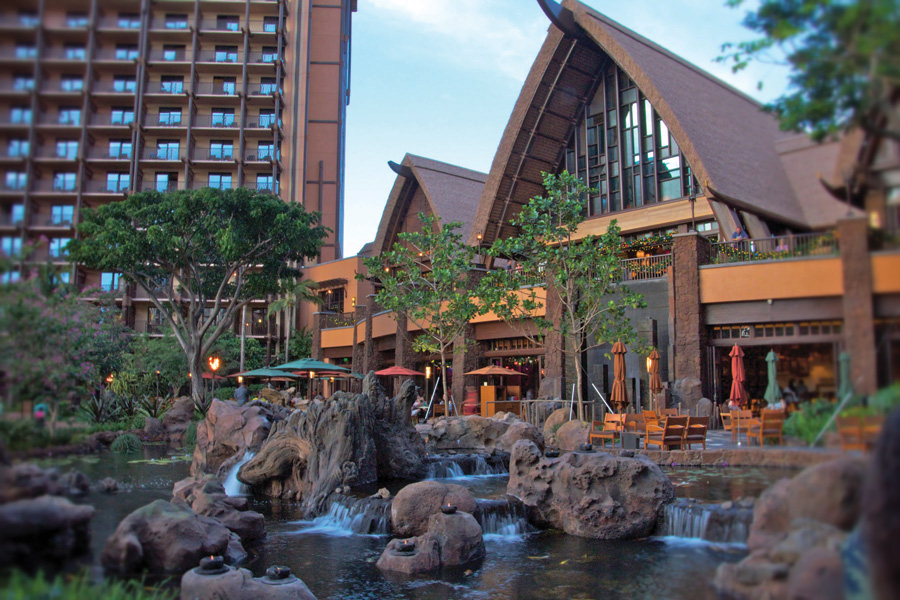 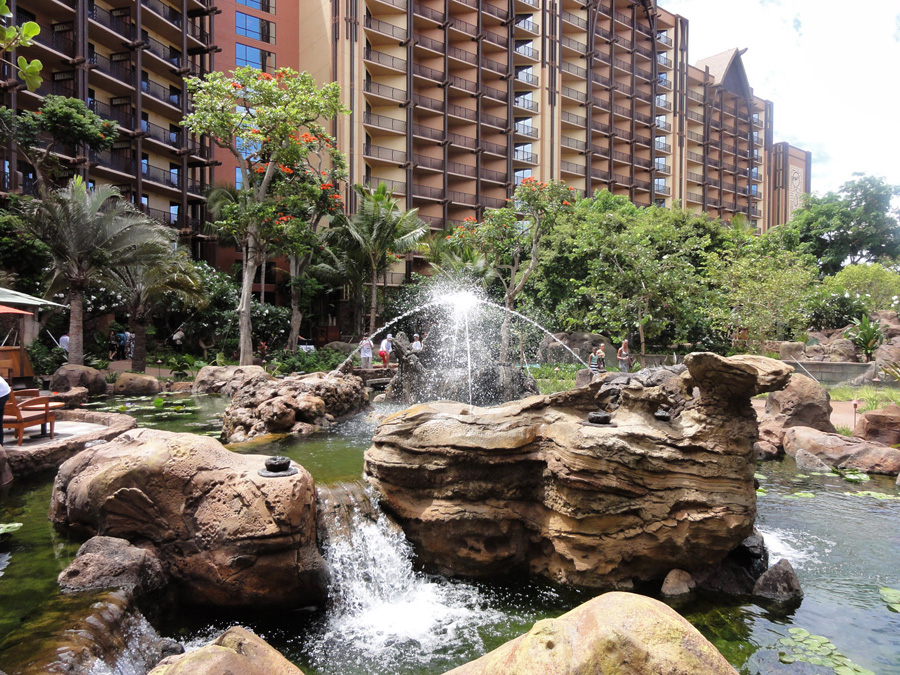 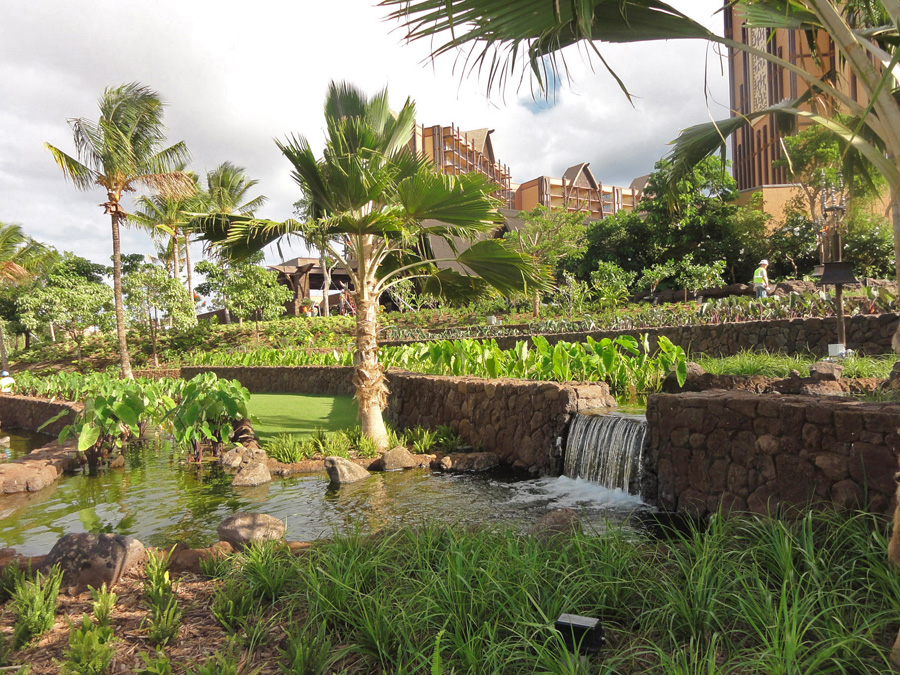