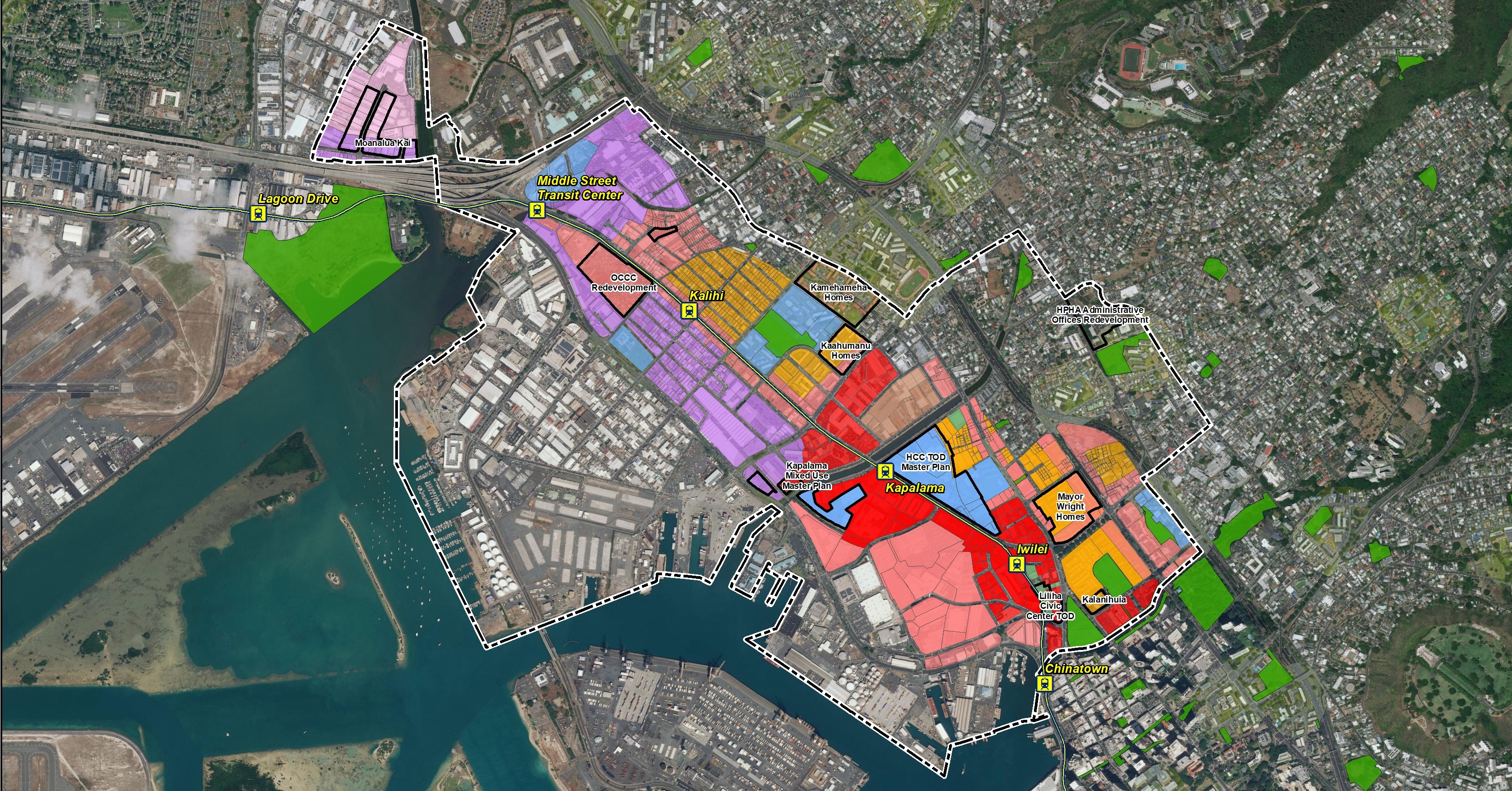 A lack of sufficient infrastructure is the most cited barrier to redevelopment of existing areas where Transit Oriented Development (TOD) is planned or desired, with significant challenges in prioritizing future investments in new infrastructure that will facilitate the opportunity to direct growth to the areas identified for TOD.

The purpose of the study was to identify, and track actions needed to facilitate shared infrastructure investments and to serve as the backbone for implementation and update of the State TOD Strategic Plan for projects along the rail corridor.

The State TOD Planning and Implementation project for Oʻahu included: 1) an assessment of potential development around the East Kapolei, Hālawa-Stadium, and Iwilei-Kapālama transit station areas; 2) an assessment of infrastructure capacity and requirements to accommodate the future growth potential; 3) identification of proposed infrastructure improvements to support such growth; and 4) identification of possible financing opportunities to facilitate the development of the three priority areas. The study was also prepared in conjunction with other State efforts including the Farrington Widening Project, Stadium Redevelopment Master Plan, and other agency redevelopment plans.

For this study, PBR HAWAII worked with the State in developing a land use development model to project future infrastructure demand requirements. The model was based on anticipated land uses and densities identified in the City’s Neighborhood TOD Plans and takes into consideration development potential of various properties based on landowner/developer input and market projections. As part of the effort, PBR HAWAII and their sustainability consultant examined the feasibility of district systems and addressed changes in exposures to climate hazards, specifically looking at sea level rise and urban heat in the Iwilei-Kapālama area. The team identified a large scale flexible adaptation pathway approach to managing sea-level rise in the area and order-of-magnitude cost estimates associated with these strategies.

PBR HAWAII also assisted the State Office of Planning in outreach to other State agencies, City Departments, and stakeholders in the three priority areas; including organizing design charrettes to facilitate coordinated land use plans amongst the various entities in each priority area. PBR HAWAII was also responsible for the overall coordination with engineers, financing consultants, and sustainability consultants on the development of cost estimates and a phasing plan for infrastructure requirements. The findings of the study: 1) identify delivery and funding gaps that could impede individual project development if conventional financing means are followed; and 2) provide an important tool for the State to identify, support, and track actions necessary to facilitate shared infrastructure investments (including infrastructure demands, costs, phasing, development requirements, and potential financing sources). 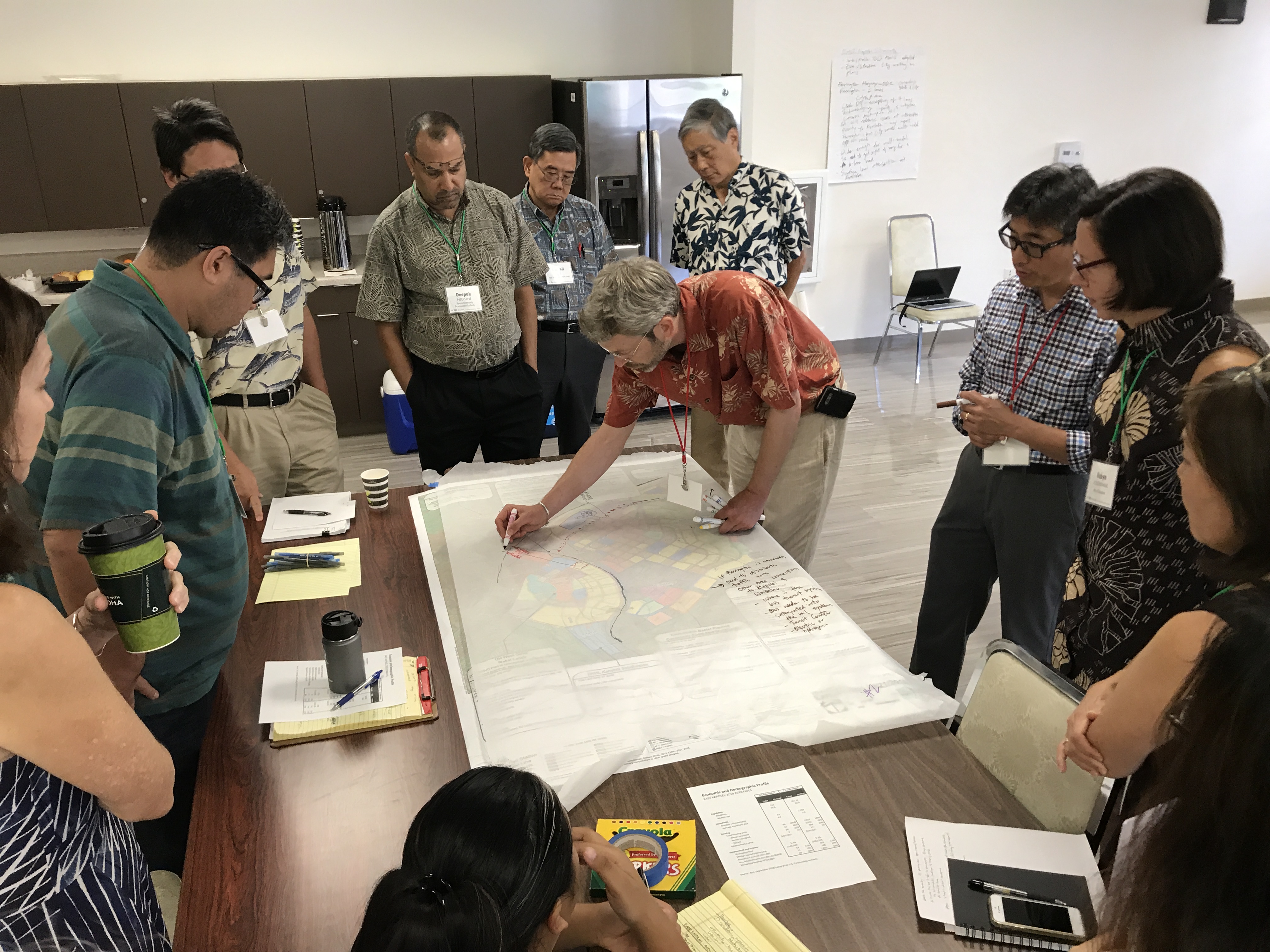 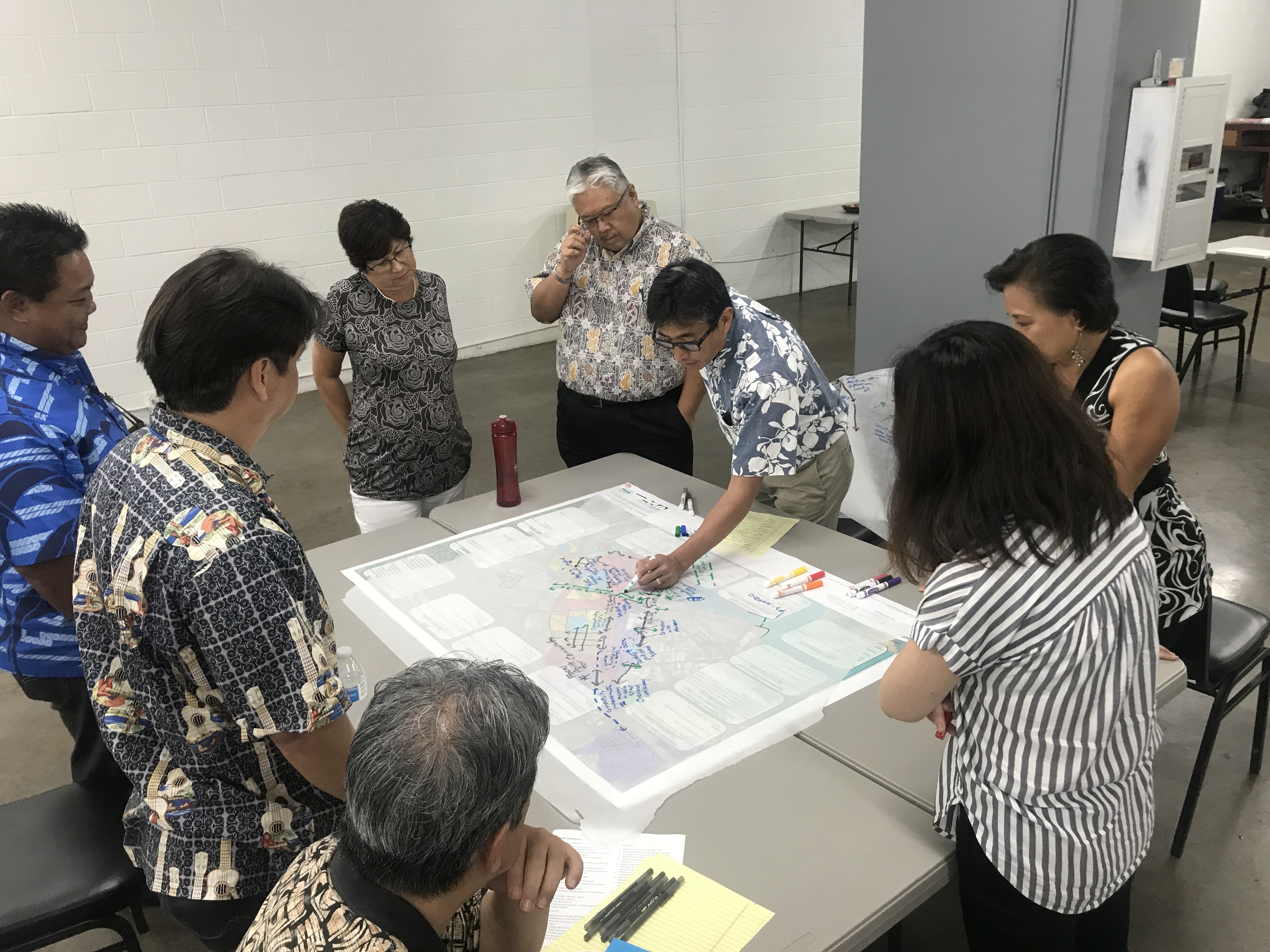